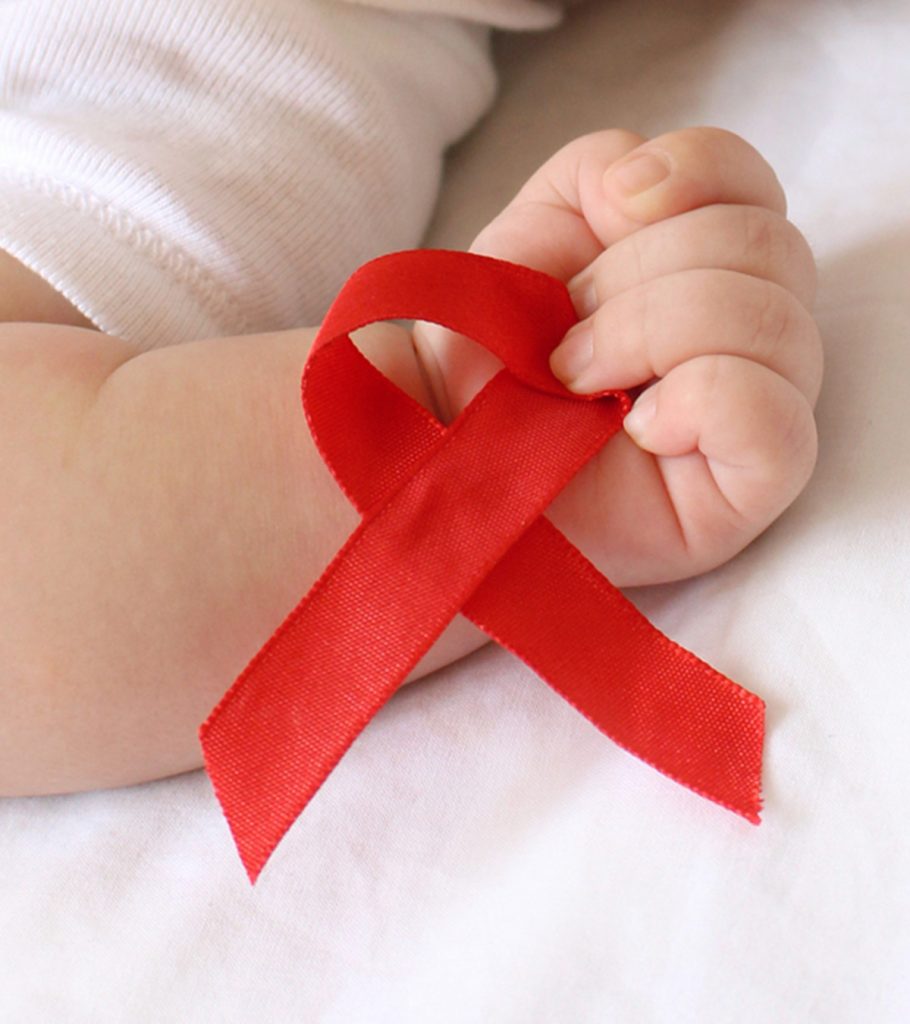 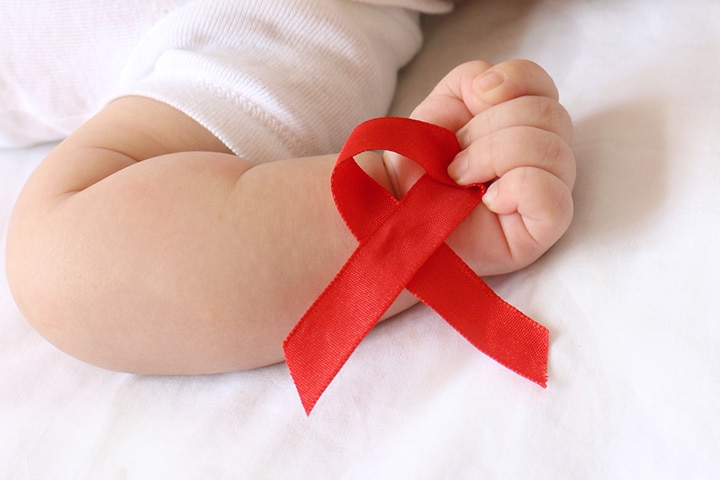 This post tells about the signs, causes, diagnosis, management, and prevention of HIV in infants.

Signs Of HIV Infection In Babies

Infants infected with HIV most often do not have symptoms for the initial two to three months. Once the symptoms develop, the way they manifest varies from one baby to the other. Early signs of HIV in babies may include the following (1) (2).

Diagnosis Of HIV In Babies

Babies born to HIV-infected mothers always have a positive antibody test at birth because the HIV antibody passively transfers across the placenta. Virological testing is essential to confirm the diagnosis. Viral testing for HIV is done in babies at the following ages.

If two tests come back negative, the infant does not have an HIV infection, and if two tests show positive results, the baby has an HIV infection. Babies who fall under the high-risk category for HIV transmission might be tested at birth, followed by testing at the requisite ages (1) (4).

Prevention And Medications For HIV In Babies

Dr. Anthony Puopolo, California-based chief medical officer at LifeMD and founder of Integrated Medical Wellness Group, says, “Vertical transmission of HIV can be prevented through maternal testing, effective control of the maternal infection, prenatal antiviral therapy as well as treating the mother and infant during labor and the neonatal period, and avoiding breastfeeding.”

A cesarean section may be advised to reduce the risk of transmission from the birth canal (4). The following treatment plan is followed for babies born to HIV-positive babies (1).

HIV-positive women should refrain from breastfeeding their babies. In addition, mothers who are taking HIV medicines should also avoid breastfeeding (1).

According to the Centers for Disease Control and Prevention, all women trying to conceive should get themselves and their partners tested for HIV. If either of the partners has HIV, the infected partner should take the HIV medicine daily to prevent transmission and stay healthy (5). Today, there are many medical treatments available that slow down the progression of the disease and the rate at which HIV weakens the immune system (4).

Babies with HIV infection will need ART for their entire life. ART drugs do not cure the infection but slow down HIV replication, making it easier for the immune system to suppress the virus. The medicines should be taken as prescribed for them to work well. Regular treatment can help most babies with HIV/AIDS live a normal lifespan.

In the United States, approximately 8500 HIV-infected women give birth every year. However, the rate of vertical transmission has remained low at less than one or two percent due to advanced medical care and preventive strategies (6).

2. Should HIV-positive babies be given routine vaccinations?

The safety of a vaccine for a baby could depend on several factors, such as the health of the baby, signs of HIV/AIDS, and period of therapy. The following vaccines are generally considered safe for babies with congenital HIV, but you must seek a doctor’s approval before having them administered (3).

Babies born to HIV-positive mothers are at a high risk of developing congenital HIV. An HIV infection could progress to AIDS, which is a lifelong condition. Preventing viral transmission to the fetus is the best way to prevent congenital HIV in babies. You may consult a doctor before conceiving if you are HIV-positive. Subsequent care, such as choosing C-section and avoiding breastfeeding, could further ensure the safety of your newborn.

When Do Kids Stop Napping? Signs And Tips To Help Them Stop
22 Products To Save Your Kitchen From The Claws Of Clutter
How Much Milk Should A Toddler Drink?
How To Potty Train Your Child: 5 Helpful Tips For Knowing When And How
How To Deal With Mounting Anxiety Over COVID-19 Getting Bad Again