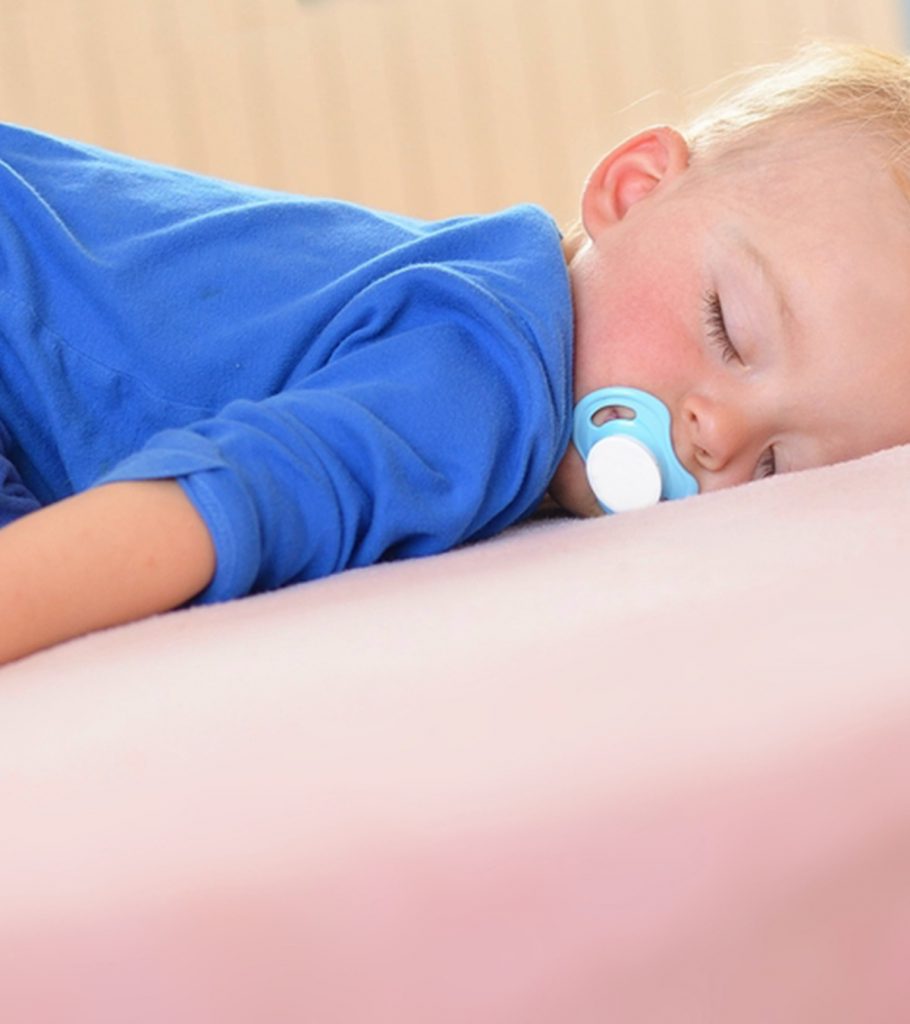 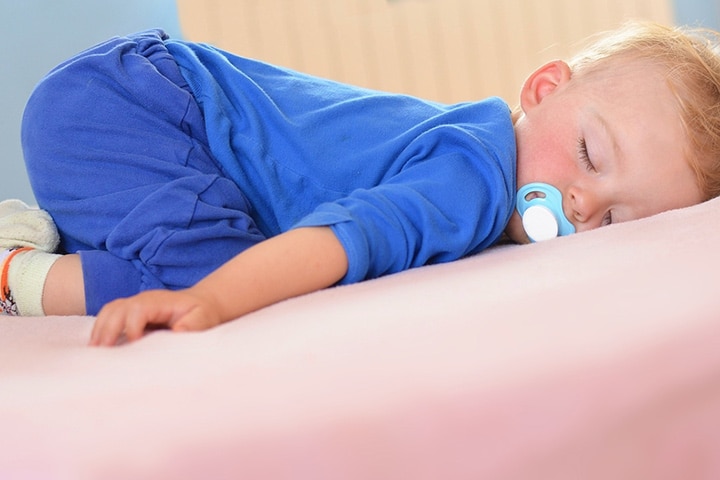 Inclined baby sleepers are a type of compact bassinets featuring an inclined sleep surface to maintain the baby’s body in an inclined position during sleep. It is also known as baby nests, pods, docks, rockers, loungers, or nappers. These products generally feature a base with an incline in the range of 10-30 degrees (1).

The product was once popular among parents, but with time several harmful design flaws became apparent. Read this post to understand the risks of using inclined sleepers and the safe sleep guidelines to follow.

Is It Okay For Babies To Sleep At An Incline?

Sleeping at an incline is not advised. It can be unsafe for the baby. Parents may believe that placing their baby in an inclined position can prevent certain health conditions, such as reflux, but it is incorrect. In fact, the semi-inclined position might even exacerbate a baby’s acid reflux.

According to the American Academy of Pediatrics, babies should always sleep flat on their backs. The sleeping mattress should be firm with fitted sheets without any soft items such as pillows, blankets, bumpers, or quilts. A healthy baby with acid reflux can also safely sleep on their back. They will reflexively swallow or cough up any spit up or vomit, preventing suffocation (2) (3).

Inclined sleepers are dangerous due to their inclined sleep surface, which could dangerously affect the baby’s position. It may lead to the following potentially fatal scenarios and incidents for the baby (4).

Why Are Inclined Sleepers Available If They Are Dangerous?

Despite their availability, several government authorities and pediatric organizations are working on recalling and restricting the sale of inclined sleepers. In June 2021, the CPSC sanctioned federal safety standards, which will prevent the sale of dangerous baby sleep products, including inclined sleepers. The standards will go into effect from mid-2022 and include restrictions on other potentially dangerous baby sleep products, such as loungers, in-bed sleepers, and travel or compact infant sleepers (1).

A bill was initiated in 2019 to ban the manufacture and sale of infant sleepers officially. However, it is not implemented yet. It has been passed by the House of Representatives and is currently in the US Senate (5).

What To Do If You Own An Inclined Sleeper?

If you own an inclined sleeper, do not use it. Some manufacturers are taking the product back, and you may reach out to them to check eligibility for product return. They might refund your money or provide a voucher.

You must discard the product if you cannot return it since it is not advised to sell or donate an inclined sleeper. It is best to destroy the product to prevent it from accidentally reaching the hands of someone who may consider using it for their baby (5).

Guidelines For Your Baby’s Safe Sleep

Here are some safe sleep guidelines to protect your baby from sudden infant death syndrome (SIDS) and other sleep-related accidents (6) (7).

Inclined sleepers may seem an attractive product but have been widely proven to be unsafe. Sleeping on a firm surface within a crib is the best way to keep infants safe during their naps and nighttime sleep. Do thorough research on any infant sleep product that your purchase. Check if it meets all the standards established by pediatricians and government bodies, such as CPSC. Following the safe sleep guidelines can help in keeping your baby safe and healthy.

How To Potty Train Your Child: 5 Helpful Tips For Knowing When And How
Necrotizing Enterocolitis (NEC) In Newborns: Symptoms, Causes And Treatment
How To Deal With Mounting Anxiety Over COVID-19 Getting Bad Again
3-Year-Old Sleep Regression: Causes And Tips To Manage It
Hemolytic Disease of the Newborn (HDN): Causes And Treatment