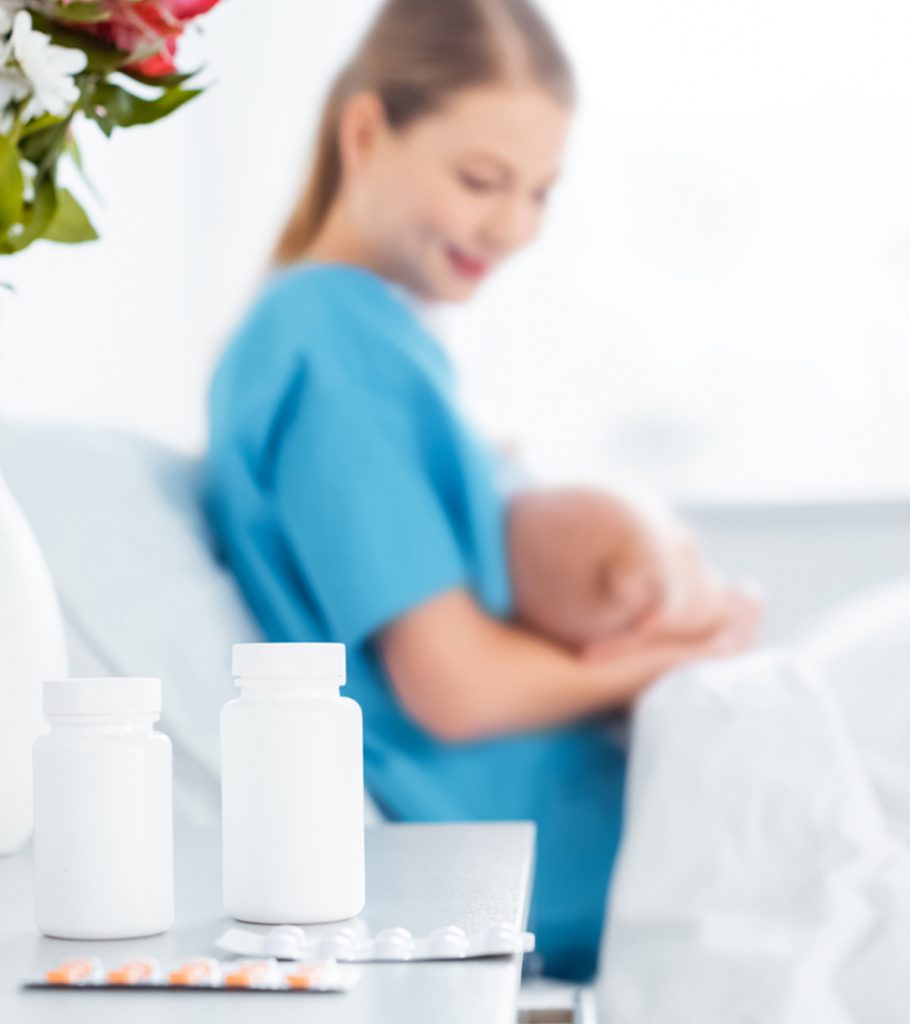 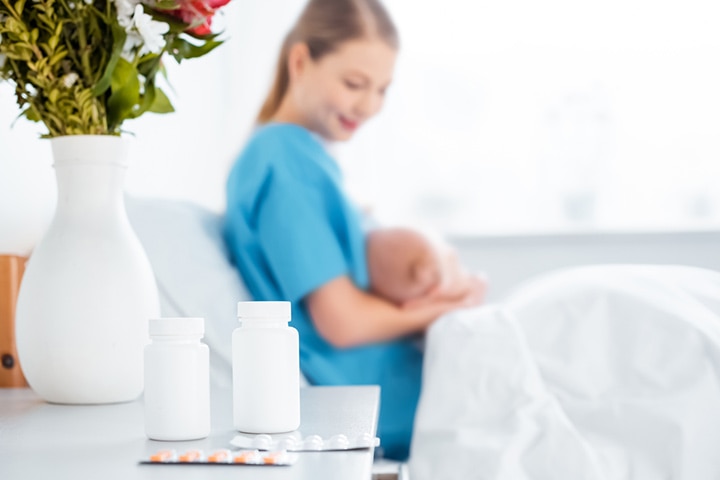 Most commonly used medications are not of concern while breastfeeding if taken in the proper doses prescribed by the doctor. Although most drugs are transferred to breast milk to some extent, the levels may not be high enough to cause harmful effects in babies. In most cases, it is not necessary to stop breastfeeding if the mother is taking medications since there is a low risk of adverse effects on babies.

Certain medications, including anticancer drugs and oral retinoids, are contraindicated in nursing mothers. It is recommended to seek a prescription before taking any medication to avoid its effects on breastfed babies.

Read this post to learn about the safe and unsafe medications for breastfeeding mothers and the tips to reduce their effects on the baby.

Do All Medications Pass Into Breast Milk?

Most of the medications present in a mother’s blood can pass into breast milk. However, the amount of medication may vary. Low levels of certain medicines in breast milk may not cause any risk in most babies. However, medications that can concentrate in the breast milk over time could be harmful though low doses are taken.

The following factors may affect the concentration of medications in breast milk (1).

Each medication in each case must be considered separately due to these factors. The LactMed database of the U.S. National Library of Medicine may give general information about the safety of various drugs in breastfeeding mothers (2). You may also discuss the various factors that influence the transfer of the drug to breast milk with your doctor before beginning the medicine course.

What Medications Are Safe While Breastfeeding?

You may always seek a prescription to take any medications while breastfeeding. The following commonly used medications are found to be safe to use while nursing (3).

Although these medications are known to be safe for lactating mothers, monitoring of the baby and dose adjustments are often required, depending on individual factors. Breastfeeding women can also get safely vaccinated with inactivated or live virus vaccines, except for the yellow fever vaccine and smallpox vaccine.

How To Take Medications While Breastfeeding?

The American Academy of Pediatrics recommends lactating mothers use a low dose and short course of medications when it is absolutely required since the effects of all medicines on breastfed infants are not fully clear. The following tips may help to reduce the risk of maternal medication effects on breastfed babies (1).

What Are The Medications To Avoid While Breastfeeding?

There are various drugs to avoid during nursing if alternative options are available. In some circumstances, medicines with fewer risks are prescribed, and the baby is closely monitored for effects.

The following drugs are contraindicated in lactating mothers (1).

Although smoking may increase the risk of sudden infant death syndrome, nicotine replacement therapies are not an absolute contraindication to nursing. A high intake of caffeine during breastfeeding may also cause issues in babies. Caffeine may often be an additive in certain drugs.

Should You Stop Breastfeeding While Taking Medication?

Although exclusive breastfeeding is recommended for the first six months of life, some mothers are advised to discontinue breastfeeding if they require a long-term prescription of potentially harmful drugs. However, most medications are safe to take during nursing, and often the benefits may outweigh the risks.

Permanent or temporary cessation of breastfeeding is recommended in unavoidable circumstances. Expression of breast milk with breast pumps is often suggested for mothers taking certain medications. You may express and store the breast milk as per recommendations. It is essential to maintain the instructed timing of medicine and milk expression to avoid adverse effects on babies(3).

Permanent cessation of breastfeeding due to adverse effects of drugs is rarely required. Doctors may try to use an alternative method of treatment in most cases. In some conditions, if it is absolutely necessary, mothers are advised to stop breastfeeding and supplement with infant formula feed and begin weaning if the baby is older than six months.

The type and dosage of medicine prescribed during breastfeeding could vary due to several factors. Regular observation of the baby to determine adverse effects may be required in all cases. You may always consult your healthcare provider before taking medication while breastfeeding to know the best recommendations for your baby’s safety.