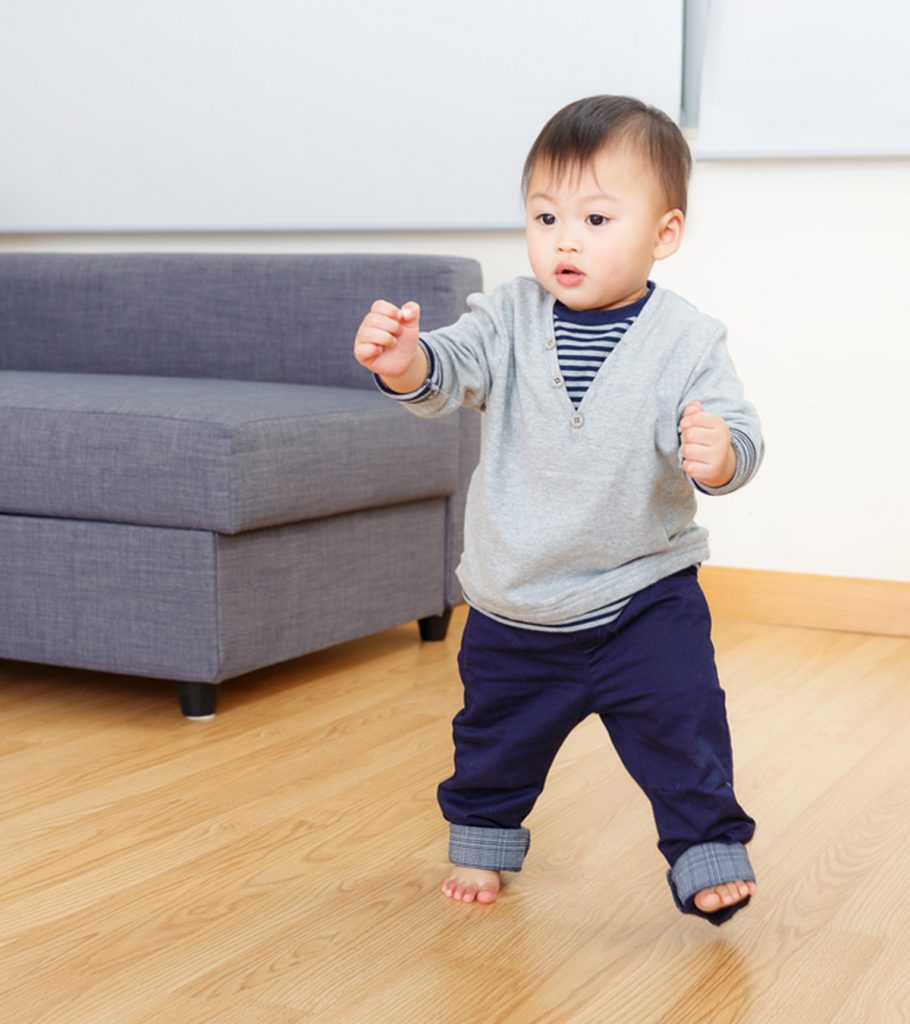 What Is Stepping Reflex?

Stepping reflex or step reflex occurs when a baby is held upright with the soles of their feet touching a flat, solid surface. The baby begins to place their feet one after the other, performing the stepping or walking action (1). Do note that the infant will neither stand nor walk. Nevertheless, they will perform the stepping action. The reflex is also known as the walking reflex or dancing reflex.

Why Do Babies Have The Stepping Reflex?

The purpose of the stepping reflex is to help the baby crawl to their mother’s breasts when placed on the mother’s abdomen (2). Therefore, the reflex once played an essential role in the initiation of breastfeeding.

When Does The Stepping Reflex Start And Stop?

The stepping reflex is present at birth and disappears once the baby is two months old. It is the first primitive reflex to disappear (2). The reflex remerges when the baby is 12 months old and ready to stand without support and walk eventually.

What If A Baby Has No Or Weak Stepping Reflex?

Consult a pediatrician in case the baby displays a weak or absent stepping reflex. A pediatrician will likely check for the reflex after the baby’s birth or during regular checkups. The absence of the stepping reflex or other primitive reflexes may indicate underlying problems with the central nervous system (CNS). The risk may be higher in the case of preterm babies.

Since the reflex only triggers when specific conditions are met, it may not always trigger. You may try multiple times. Determination of underlying CNS problems requires multiple assessments and the presence of other signs. If your baby shows the healthy achievement of cognitive, physical, and social developmental milestones, the absence of stepping reflex may not be a concern. Therefore, do not panic if the baby has an absent or weak stepping reflex. Speak to your baby’s pediatrician to assess and address any concerns.

Other Types Of Newborn Reflexes

Below are the other newborn reflexes found in babies (3) (4).

Reflexes are an important part of your baby’s development and highlight the nervous system’s healthy functioning. The stepping reflex is one such reflex, and it is associated with the training of the brain and coordination of the leg muscles to enable walking in the future. If you suspect your baby has weak or absent stepping reflex, do not hesitate to discuss it with a pediatrician on your next visit.

33 Father’s Day Gifts Cool Dads Will Love
5 Everyday Ways To Teach Your Kid To Be A Proud LGBTQ Ally
The Funniest Tweets From Parents This Week (June 5-11)
Defiant Toddler: Causes And Ways To Deal With Him
How To Respectfully Get Your Kid To Stop Talking So Much