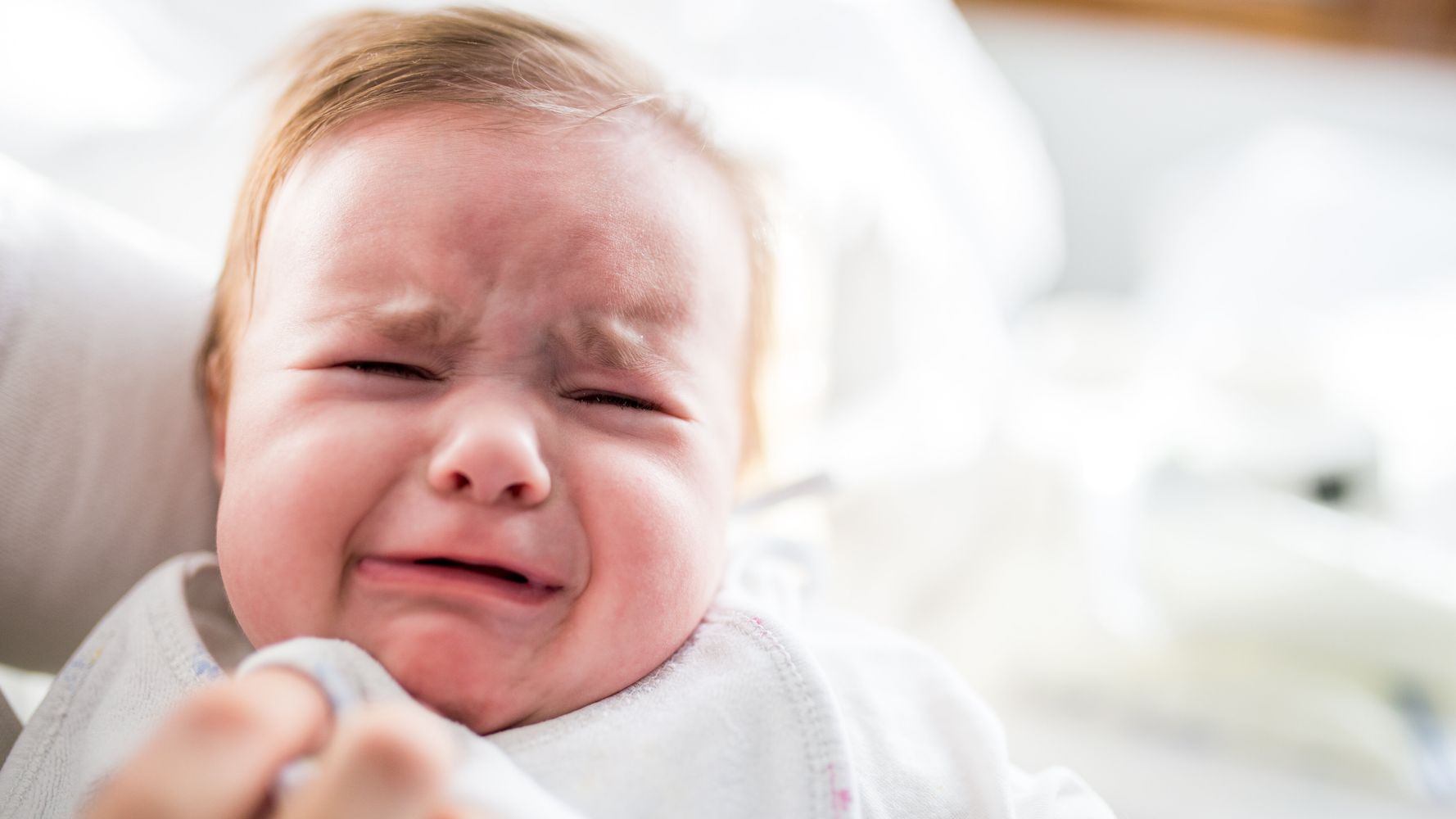 May is Maternal Mental Health Month, so HuffPost Parenting and Wellness are shining a light on postpartum well-being. From how new moms handle those early days as parents while struggling with their own mental health to how to be there for friends and family, we’ve created a space for moms and their loved ones to feel seen and heard in those first trying months of parenthood. See the full series here.

“Colicky behavior can be turned inward, so moms start to have this narrative of ‘I’m doing something wrong. I’m not able to comfort or soothe my baby.’”

Even if someone caring for a colicky baby does not meet the clinical criteria for a diagnosis of postpartum depression or anxiety (as was the case with me, I think), they still need support. And they need others in their lives to understand that parenting a colicky baby adds another layer of difficulty to an already challenging time.

“Colicky behavior can be turned inward, so moms start to have this narrative of ‘I’m doing something wrong. I’m not able to comfort or soothe my baby,’” said Paige Bellenbaum, founding director of The Motherhood Center in New York City, which offers treatment for women facing a wide range of perinatal mood and anxiety disorders.

“Another thing that can happen, which we are still much less likely to talk about, is women can feel irritability, they can feel frustration, they can feel rage toward the baby,” Bellenbuam said. Women may wonder, “Why can’t you be a ‘good’ baby, or like other, more ‘normal’ babies?” she added.

There’s also the sleep factor. Babies with colic tend not to be particularly good sleepers, which means exhausted moms have even less of a chance of getting the sleep they need to recover and emotionally reset.

Unfortunately, the only way to get through colic is to get through it, which means families are in for a long, tough slog as they let it run its course.

How To Really Help (Instead Of Just Talking About It)

Knowing that colic does end may be of some use, if for no other reason than it helps parents know that they are not imagining it. Their babies are hard. (I’d add, however, that I didn’t fully understand how much harder it is to parent a colicky baby until I had a non-colicky one a few years later.)

But it is even more important to get hands-on, throughout-the-night help.

Bellenbaum urges parents who have it in their budget to hire a postpartum doula or a night nurse who can take on at least a few overnight shifts. Mothers who are doing the primary caregiving and who have partners at home should lean on them heavily, making a schedule that allows them to take at least some of the nighttime off.

She said she often hears from moms who are on maternity leave and feel guilty about asking their partner to get up. (“It’s magnanimous, but it’s not healthy,” she said.) Also, are there any grandparents or other family members around who might be willing to stay for an overnight? It won’t solve the exhaustion, or make the baby’s colic go away, but it will give women at least a small break.

Parents of colicky babies should also do what they can to protect themselves emotionally by not putting themselves in situations where they’ll feel the urge to compare.

Look for support groups specifically for colicky babies, Bellenbaum suggested. At the very least, be honest with friends or family members who have (or had) easier babies about what you’re experiencing. If you have a friend with a calm baby or a baby who is sleeping relatively well, tell them you’re happy for them, but be direct and clear about the fact that you’re having a very different experience and that it’s making you feel anxious or sad, Bellenbaum said.

Because it is, of course, a myth that the postpartum period is a universally dreamy, euphoric time — or at least a blissfully exhausting one. For every parent — and particularly for parents of colicky babies — the reality is so much more complex.

“Envy, jealousy, resentment, frustration, irritability, sadness — these are all emotions that human beings possess, and they come to the forefront in the transition to motherhood,” Bellenbaum said. “It’s natural and normal and expected.”

The Joy Of Being A ‘One And Done’ Family

The Funniest Tweets From Parents This Week (June 5-11)
Medications When Breastfeeding: What Is Safe And What Is Not
How Does Stress Affect Breastfeeding And How To Cope With It
100+ Really Funny Thanksgiving Jokes For Kids
5 Everyday Ways To Teach Your Kid To Be A Proud LGBTQ Ally