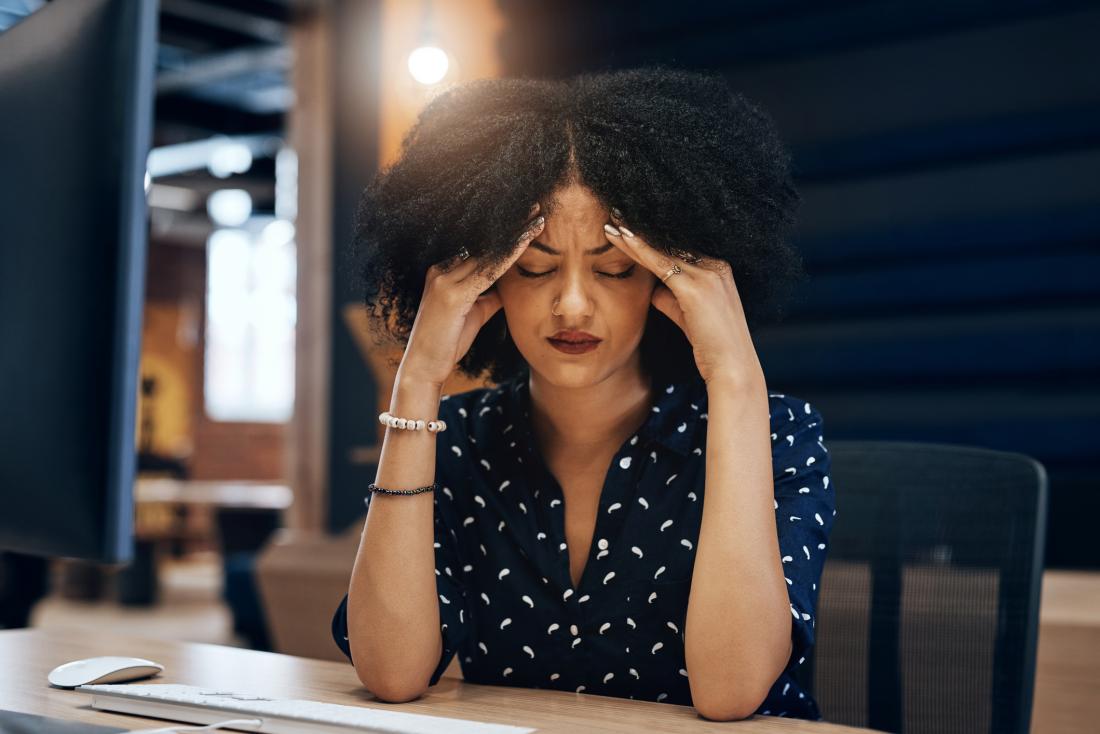 New research may have found what triggers migraine in some women.

Migraine affects children as well as adults, and statistics show that boys and girls experience the condition at a similar rate — until menstruation starts, that is.

After the first menstrual period, girls experience migraine at a higher percentage than boys.

The new study looked a little deeper into the puberty–migraine connection.

It was led by Dr. Vincent Martin, a professor in the Division of General Internal Medicine and the director of the Headache and Facial Pain Center at the University of Cincinnati (UC) Gardner Neuroscience Institute in Ohio.

The researchers revealed that although migraine tends to affect more girls than boys, there may be another factor to consider: early puberty.

“We know that the [percentage] of girls and boys who have migraine is pretty much the same until menstruation begins,” says Dr. Martin.

“When the menstrual period starts in girls, the prevalence goes way up, but what our data suggest is that it occurs even before that.”

Puberty and its relation to migraine in girls

This research, which the team presented at the American Headache Society 61st Annual Scientific Meeting in Pennsylvania, PA, pored over data from 761 adolescent girls from three metropolitan areas in the United States.

The ages of the participants ranged from 8 to 20, and scientists collected the data over a 10-year span that started in 2004.

The scientists examined the participants, who were ages 8–10 at the start of the study, every 6–12 months to determine if puberty was approaching.

They considered signs of puberty to include breast development (thelarche), the growth of pubic hair (pubarche), and the start of menstruation (menarche).

When the researchers examined the data further, they discovered an additional factor for those who had migraine: These participants tended to have experienced earlier thelarche or menarche than those without the condition.

Also, there was a considerable uptick in the chances of developing migraine for each year earlier that a girl experienced either thelarche or menarche.

“This suggests a strong relationship between early puberty and the development of migraine in adolescent girls,” says Susan Pinney, Ph.D., a professor in the UC Department of Environmental Health and a lead investigator on the study.

Migraine is not exclusive to adults. In fact, the Migraine Research Foundation note that migraine occurs in around 10% of school-aged children, with more than half experiencing their first episode by the age of 12. As noted above, migraine incidence increases once a girl goes through puberty.

Migraine is a neurological condition, more than just a “bad headache.” Those who have these headaches might experience other symptoms beyond head pain, such as nausea, vomiting, dizziness, and mood changes, as well as sensitivity to light, sound, touch, and odors.

Experts do not know exactly what causes migraine, but it is likely that a genetic factor is involved, as well as environmental factors.

If both parents have migraine, for instance, their children have a 75% chance of inheriting it — and even if only one parent has it, the children still have a 50% chance.

The new study emphasizes that girls who experience puberty earlier than their peers are at an increased risk of developing migraine.

“To suggest the origins of migraine may occur actually before menstrual periods begin is pretty novel,” says Dr. Martin.

He goes on: “At each of these stages, different hormones are starting to appear in girls. During pubarche, testosterone and androgens are present, and during thelarche, there is the very first exposure to estrogen. Menarche is when a more mature hormonal pattern emerges.

“Our study implies that the very first exposure to estrogen could be the starting point for migraine in some adolescent girls. It may be the Big Bang Theory of migraine.”

4 Reasons Stovetop Popcorn Will Always Be Better Than Microwaved
5 Monday Morning Habits That Will Make You Happier All Day Long
How To Deal With Mounting Anxiety Over COVID-19 Getting Bad Again
Hemolytic Disease of the Newborn (HDN): Causes And Treatment
Necrotizing Enterocolitis (NEC) In Newborns: Symptoms, Causes And Treatment